There are currently three levels of privacy: anonymous, authenticated, and private. The stack owner can select the level of privacy for the stack in the stack view mode. 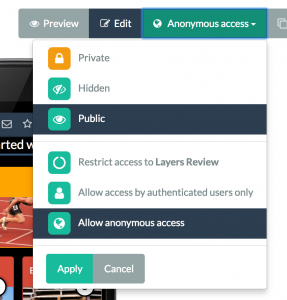 Here  is a brief explanation of what each of the levels means in terms of access and visibility: